Episcopal Church of the Transfiguration of Vail > Easter > April 18: Accept No Substitutes! 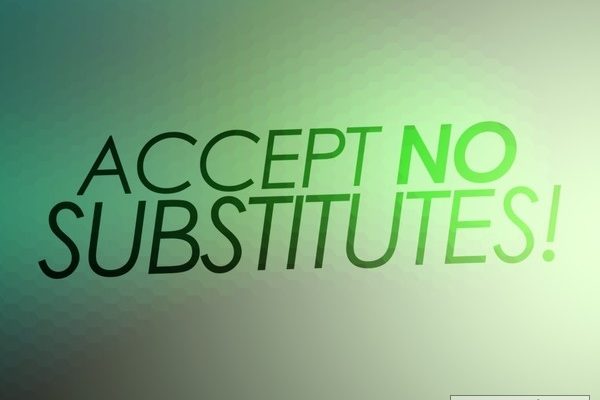 My mother was an accomplished lay minister, a powerful spiritual director, longtime practitioner of guided spiritual direction, a daily scripture reader, and a Ph.D. in Counseling Psychology when women were just breaking into that field.  She would often teach in her counseling groups and during retreats, Accept No Substitutes!  Her theological axiom neatly summarized an enduring biblical arc of radical monotheism present from Israel’s earliest days.  The Lord our God, the Lord is One!  You shall worship the Lord your God and serve only Him!  The Lord is King, let the earth tremble!  Only God is God, and there can be only one!  (Bonus geek points to whomever identifies the faint cinematic franchise echo in that last statement!)  Whenever Israel attempted to substitute the one true God for a more convenient, more fetching, more tamed alternative, things didn’t go so well.  (Which they tried about every 10 minutes in the narrative!)

As goes the Father, so evidently goes the Son also.  Before we wade into authentic Resurrection, let’s briefly name, and then disrespect, the alternatives.  Resurrection is so unique, so distinctive, so novel in claim it’s understandable many confusing alternating misunderstandings have obfuscated our basic, beautiful Christian claim that Jesus rose from the dead.  Per Mom, ANS!!

Nope, no, nyet, nada.  Our earliest Christian forebears heard, understood and enthusiastically rejected these first theories as enthusiastically as I reject the latter trope.  Resurrection is none of these things, nor resuscitation (restoring normative life to one who briefly died) or reanimation (see Young Frankenstein) or simple revivification.  When it comes to Resurrection, accept no substitute!