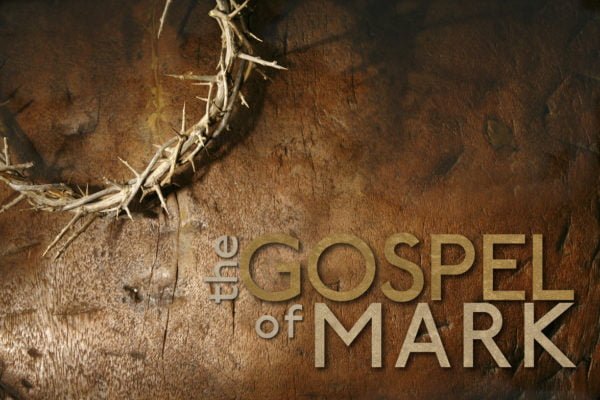 Our Vicar Emeritus always loved the Collect of the Day imploring us to read, mark, learn and inwardly digest God’s word!  He joked one year about removing that consequential comma between read and mark thus rendering the Collect’s direction to read the Gospel of Mark, his namesake!  And while that Anglican comma remains entrenched, we take his sentiment for today’s Reflection.  It’s time to read Mark!

It’s easy to forget that the Apostle Paul’s entire corpus of epistolary correspondence (a fancy way of saying all of Paul’s letters, called epistles in proper Anglican English) was completed perhaps a decade or more before the first gospel appeared.  And by the ordering of the four canonical gospels one may not realize that the broad scholarly consensus for the past 200 years (with my full concurrence) is Mark’s Gospel is the proto-gospel, the first gospel published and circulated in the late 60’s or early 70’s of the first century.  And what exactly does Mark’s Gospel have to say about the resurrection of Jesus?  Well that depends…

The original ending of Mark’s Gospel is indeed shockingly provocative, as Mark intended.  Read it here or in your bible, Mark 16:1-8a (the “a” means the first sentence or thought grouping only of a particular verse which contains several sentences as this one does).  Where is the Risen Christ??!!  The answer is…not visible at all!!  Seriously!!  The freight of Markan theology lands so ponderously upon the suffering, crucified, abandoned Messiah that Mark chose to not include the resurrected Christ in his original story!  This interpretation implies Mark believed one could not properly encounter the risen Lord without first aligning with the crucified Lord.  We receive an angelic promise that Jesus is just ahead of us, on the road, to Galilee.  When we move forward in utter trust, Jesus will meet us on our road!  And contrasting to later gospel accounts, the bewildered women flee the empty tomb, overwhelmed and completely terrified into silence.  Wow!  Can you tell how courageously fetching this original ending is to me?!