Episcopal Church of the Transfiguration of Vail > Easter > April 25: You Go First! 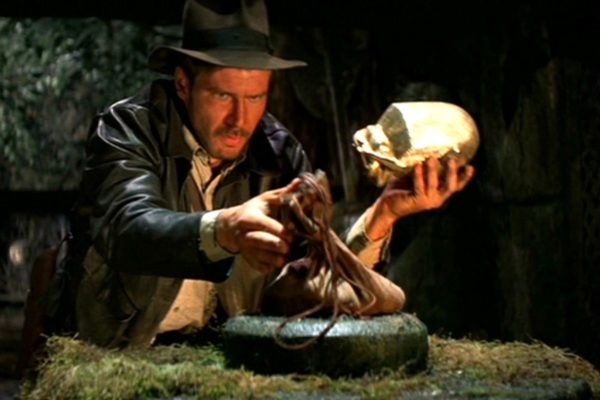 Oh, the Indiana Jones’ tropes will fly as we tackle Mark’s secondary and tertiary endings!  While scholars debate endlessly about Mark 16:8b-19 (just examine your study bible notes to confirm), I’ve been waiting for weeks to drop this Raiders of the Lost Ark ode to paralyzing ophidiophobia (oh yes it is a word, and a really good one too!  Look here, here and, although not as culturally sensitive as we might like, here because I love you!)  What in the world you say?!  Read on, read on….

Many study bibles divide Mark 16:8b-19 into two sections, euphemistically entitled “The Shorter Ending” (Mark 16:8b) and “The Longer Ending” (Mark 16:9-19) and some even subdivide further.  Forget all that for a moment and simply read the passage.  My guiding biblical scholars suggest both 16:8b and the remainder constitute generational editorial attempts to complete the story which their beloved Mark had inferred by his abrupt ending in 16:8a we read yesterday.  This makes complete sense to me; the shorter ending was perhaps a closing by a Markan disciple shortly after the gospel was circulated (they didn’t quite publish these scrolls the way we use the term) while the longer ending was appended by a later generation.  I believe Mark’s church was reading other circulating gospels which included actual resurrection accounts so they wanted a resurrection epilogue also.  A few ancient scrolls do not append this chapter to Mark at all so we have textual evidence it was attached at a later date.

What do you read?  16:9-11 seem to reflect a Johnannine (Gospel of John) tone featuring Mary of Magdala.  16:12-13 seem to summarize a longer Lukan (you get the idea!) resurrection account featuring the road to Emmaus.  16:14-15, Matthean.  16:16, John.  16:17-18, maybe a summation of Acts?!  16:19-20, definitely a Lukan Acts inference.  And snakes?!  Why did it have to be snakes Jacque?!  What a brilliant catalogue of late 1st century (even perhaps into the early 2nd century) resurrection, complete with a unique Markan Great Commission: Go into all the world and proclaim the Good News to all creation!  Not asps, but still very dangerous!  Who will go first?!  (yes, another Raiders citation, the final one I promise!)