The Book of Isaiah: The Suffering Servant

Despite my temptation to invoke a young Burt Ward’s excited exclamation during the campy 1960’s Batman television show (“Holy Monday, Batman!”), this second day of Holy Week begins a three-day cycle of the Great Week.  Holy Monday, Holy Tuesday and Holy Wednesday all allow us to properly prepare for the more strenuous worship to follow in the latter portion of Holy Week.  Egeria records Monday worship at 6 AM, 9 AM, noon, and 3 PM until about 8 PM; this daily schedule has not proved popular among American Episcopalians! 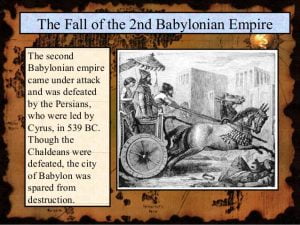 Another Holy Monday tradition may be more productive.  Many Christians reflect upon the Suffering Servant Songs of Isaiah during these early Holy Week days, dedicating today to contemplate the First Servant Song.  Often referred to as Isaiah’s Book of Consolation or, more popularly, Second Isaiah, the prophet Isaiah’s mid-section of chapters 40-55 seems to reflect events close to the downfall of the Babylonian Empire in 539 B.C.  In other words, the prophetic voice with which God so lyrically speaks in these chapters dates roughly from some 160 years after the original Isaiah of Jerusalem’s voice in chapters 1-39.  Many scholars believe, and I am convinced, this anonymous disciple of the original Isaiah rose up in the depths of Israel’s captivity in Babylon to speak a new word of hope, understanding and vision to his dejected fellow refugees.  The growing power of Cyrus’ rising Persian Empire may have given Second Isaiah motivation that God would use Cyrus to defeat the oppressive Babylonians and re-patriate captured peoples to their own land.

In soaring, magnificent prophetic oracles recognized as the finest poetic scriptures from antiquity, this powerful prophetic voice predicts Israel’s restoration to Jerusalem in triumph.  He frames Israel’s captivity in much more expansive, even cosmic language, than they had ever heard before.  Second Isaiah argues compellingly that Jerusalem’s destruction and her peoples’ captivity are all part of God’s plan to use Israel for global conversion to God.  Israel was chosen by God, not for special blessing but rather for unique responsibility to reveal God’s loving nature to the entire world. 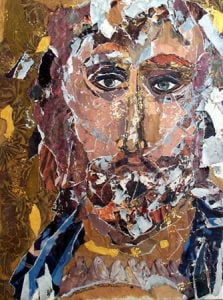 Second Isaiah then introduces a mysterious, magnetic and complex character into his prophecies.  Called by biblical scholars the Suffering Servant, or simply the Servant, Second Isaiah in four distinctive prophetic word pictures describes an increasingly dramatic profile of the Servant’s divine mission.  This First Servant Song from Isaiah 42:1-9 introduces the Servant to the world.  This mysterious Servant is chosen and beloved by God (v.1), sent to execute justice to all (v.1), durable yet gentle in the exercise of his mission (vv.2-3), persistent until successful (v.4), guided closely by God (v.6), covenanted to those he serves (v.6), able to heal and liberate (v.7), and part of God’s plan to do something new as older realities begin to pass away (v.9).  Sound familiar?!  Is there any surprise that when early Jewish believers in Jesus as Messiah searched their own scriptures for prophetic oracles predicting Jesus’ life, they ran straight into Isaiah’s beautiful servant-figure?!  This Servant directly impacted how our early Christian forebears understood the nature of our suffering-Messiah Jesus.

This Isaiah passage is worth a long, slow reflective read.  How does Jesus fulfill this ancient prophecy in His ministry?  What does Christ bring new and transformational to our lives today?  What kind of authority will this Messiah wield in our lives right now?  Let us pray the Collect for this Holy Monday:

Almighty God, whose dear Son went not up to joy but first he suffered pain, and entered not into glory before he was crucified: Mercifully grant that we, walking in the way of the cross, may find it none other that the way of life and peace; through Jesus Christ your Son our Lord, who lives and reigns with you and the Holy Spirit, one God, for ever and ever. Amen.