Episcopal Church of the Transfiguration of Vail > Easter > May 17: shun, SHUN, shun shun! 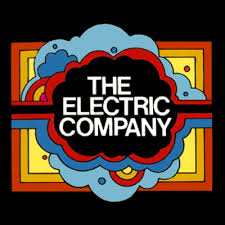 I will be dating myself to draft a popular 1970’s children’s educational television program just to illustrate a theological paradigm…so let’s do it!  The Children’s Television Workshop produced Electric Company as a follow-on for children as they outgrew PBS’ flagship Sesame Street, and Company quickly gained a cult following in my generation.  Featuring such stars as Rita Moreno (whose signature HEY YOU GUYS call became the show’s opening line), Mel Brooks, Bill Cosby (before the ick) and a young Morgan Freeman as Easy Reader, Company was an instant success.  Watch their standout video clip on the grammatical ending “T..I..O..N” here.  Yes it’s moralistic, very 1970’s electric guitar heavy, but it does get the point across!

T..I..O..N..shun, SHUN, shun, shun!  It works perfectly for helpful theological Eastertide Daily Reflection shorthand also!  Thanks Electric Company!  As we transition from exploring Jesus’ resurrection in scripture, we pause for a brief Shun, SHUN, shun, shun self-assessment.  While we are intensively inhabiting resurrect-SHUN this Great Fifty Days of Eastertide, we must view the entirety of God’s salvific arc in it’s beautiful, holistic (or wholistic if you prefer.  You say toe-MAY-toe, I write HOE-liss-tick, let God work the whole thing out!) sublimity.  Most of Christianity’s great doctrines, or big rock foundational cornerstones describing God’s nature and identity and purpose and design for us, end in the grammatical construction of…wait for it…you guessed it….T..I..O..N!!  Seriously!  So there I am in Theology class at Virginia Theological Seminary taking our first test in Christine Doctrine, humming the Electric Company music clip linked above, and the doctrines were easy to remember!

Creation:  God’s activity to bring the cosmos, the heavens and the earth, to physical existence for His pleasure and our exploration.  Rebellion:  Humankind’s refusal to accept a perfected, harmonious existence with God resulting in what most often in called The Fall, the introduction of sin which mars and corrupts God’s original intentions for all of us.  Sin is the cosmic contagionpar excellence.  Incarnation: God’s rescue plan to restore/reconcile/re-boot humankind by taking on human form in the person of Jesus of Nazareth.  Transfiguration: the vision of a fully manifested Jesus as God’s Son, the perfected intersection of humanity and divinity.  Redemption: God’s restoration of relationship through the atoning, sacrificial death of Jesus upon the cross. Resurrection: The Victory of Jesus over humankind’s death, alienation and eternal separation from God.  Salvation:  The resulting state of perfected, aligned eternal relationship with God. Consummation:  The ultimate, eternal fulfillment of God’s divine plan and purpose for an integrated, perfected new heavens and new earth fully reflecting His (sorry can’t help it) Nature without the corrupted blemish of sin.

So the self-assessment.  To which SHUN are you most naturally drawn?!  You a Creation kinda believer?  An Incarnation kinda Christian (like most Anglicans!)?  Redemption your doctrinal tribe?  Or, like our evangelical friends, do you trend more Consummation?!  It’s important to know this as we move into our final portion of Eastertide beginning tomorrow!  Shun, SHUN, Shun, Shun!