Episcopal Church of the Transfiguration of Vail > Easter > May 27: Stump the Ordained Chump Returns! 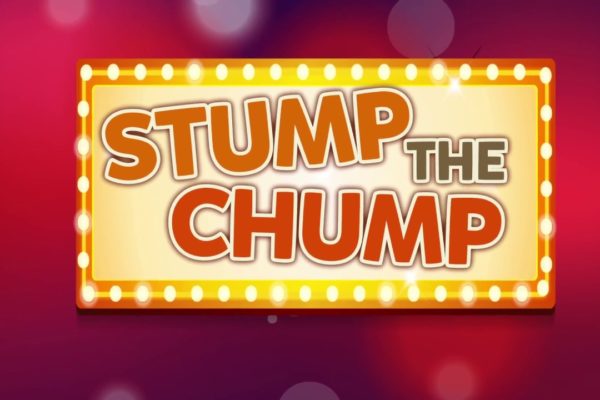 It’s time for your questions dear readers!  Can you stump the ordained chump?!

The word Glory or its derivations appear some 300 times in the Bible, over 22 references in John’s Gospel alone.  Khavod is the Hebrew word the King James’ translators rendered as Glory, whileDoxa is the Greek parallel in the New Testament.  The Hebrew word conveys a physicality related to weight, weightiness and therefore is a visual term describing the majestic, luminescent supernatural phenomena surrounding the appearance of God, angels and heavenly visions in antiquity.  Doxa in Greek comes into English a bit differently, providing the root for words likedoxology and doxological, thus conveying for Christian writers a more literal meaning like praise and joyous tidings.  In John’s Gospel Jesus is fully God 24/7, 365, so rather than the cross being a moment of divine emptying or literally evacuation (Paul in Philippians) or abandonment/humiliation (Mark and therefore Matthew) or even the unleashing of divine compassion (Luke), the cross for John is the moment of God’s plan for redeemed humanity coming to beautiful, even perhaps celebrative fulfillment!  The Johnannine Jesus states astonishingly, Just like Moses lifted up the serpent in the wilderness, so must the Son be lifted up to draw all humankind to Himself! (Bold emphasize is Chump’s!!)

Lake Creek Sacristan writes, “Dear Chump, what is the historical significance of Compline and what does it mean?!”

Saint Benedict of Nursia set an Order for Monastic Communities in the 6th century A.D.  The Benedictine Rule stipulates seven set times daily for prayer, commonly called the “Hours.”  The final prayer hour, in early evening, concluded the gatherings for the day and included the abbot sprinkling his monks with holy water before they turned in for bed and silence through the night.  Since this last hour completed the seven prayer hours, Benedict called it Completorium in Latin.  This title came into English as Compline, which does not share any etymological root with our descriptor for dissatisfaction, Complain!  During the revival of Roman Catholic prayer disciplines, or perhaps insurgency is a more accurate term, in the Anglican congregations in Oxford, England during the 19th century (Anglican Evangelicals based in Cambridge, while Anglican Catholics based in Oxford) which we now call the Oxford Movement, our Anglo-Catholic forebears revived the Benedictine practice of praying the hours.  They especially loved Compline!  The ultimate victory of the Oxford Movement within global Anglicanism is visible in the 1979 Book of Common Prayer as Holy Eucharist was restored as the principal act of worship on the Lord’s Day.  And for the first time anywhere in the Prayer Book tradition, a short service called Compline was included beginning on page 127.  Give Compline a try, with Mother Emily preferably!