Episcopal Church of the Transfiguration of Vail > Easter > May 5: And the Rest… 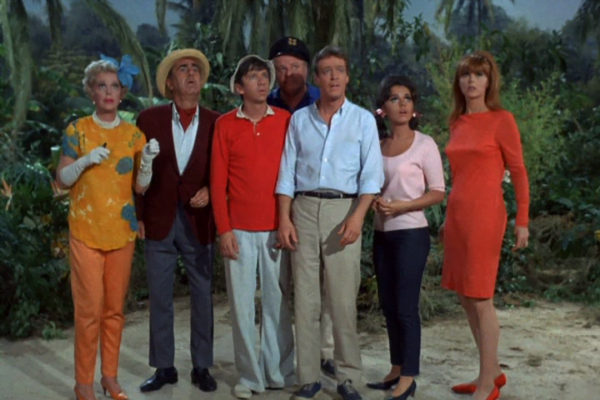 Poor Professor and Mary Ann.  Yes, loyal readers it’s time to sit right back and hear a tale!  How can we speak about the resurrection of Jesus Christ and not include…Gilligan’s Island?!  This beloved 1960’s television cult classic, the godfather of Survivor and Castaway, disrespected the Professor and Mary Ann by showing their faces in Season One’s theme song while cheerily singing And the rest!  It wasn’t until the ensemble demanded equitable representation for their colleagues that they were actually named in Season Two’s opening!

A terrible wrong finally righted.  But we cannot stop there!  Did you know the Apostle Paul quotes the resurrected Jesus at least three times in his letters citing statements not included in the gospels?!  You guessed it…today’s theme, And the rest!!!  His first Jesus quotation is found in Acts 20:35, In everything I showed you that by working hard in this manner you must help the weak and remember the words of the Lord Jesus, that He Himself said, ‘It is more blessed to give than to receive.’  His second Jesus quotation is found in I Corinthians 11:23-25, For I received from the Lord what I also passed on to you, that the Lord Jesus on the night in which he was betrayed took bread, and after he had given thanks he broke it and said, “This is my body, which is for you. Do this in remembrance of me.” In the same way, he also took the cup after supper, saying, “This cup is the new covenant in my blood. Do this, every time you drink it, in remembrance of me.”  Paul’s final Jesus quotation is found in II Corinthians 12:9, And He has said to me, “My grace is sufficient for you, for power is perfected in weakness.” Most gladly, therefore, I will rather boast about my weaknesses, so that the power of Christ may dwell in me.

These quotations, in this form, are not found elsewhere in the New Testament, even the eucharistic words which Luke quotes somewhat closely but not precisely.  Note our Prayer Book Holy Eucharist verbiage derives not from the gospel Last Supper passages but from this earliest chronological eucharistic citation.  Paul here provides more treasure from Jesus: we are blessed by giving, not by receiving, so countercultural and yet the simplest truth in the Kingdom of the Heavens.  God’s power is best displayed through our weakness, Paul’s ministerial gold ore mined through a lifetime of constant frustration, persecution and obstruction.  And the words we hear every week, or at least we did and will again:  Do this to remember me!  What beautiful treasures deserving of our reflection before we transition to John.