Episcopal Church of the Transfiguration of Vail > Uncategorized > Commissioning of the U.S.S. Gerald R. Ford 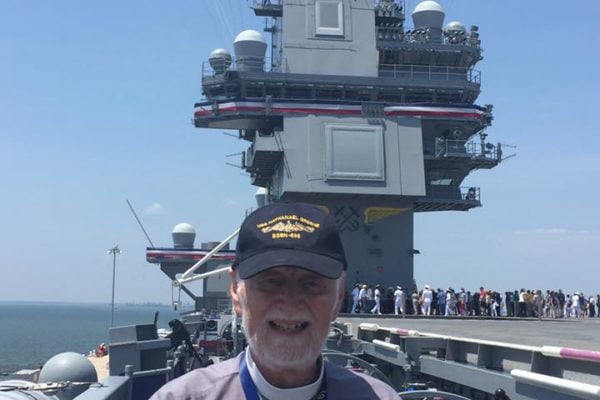 The Episcopal Church of the Transfiguration in Vail, CO and the Vail Valley in general, was represented by our own Father Brooks Keith and Deacon Steve Baird at the commissioning of the U.S.S. Gerald R. Ford on Saturday, July 22, 2017.

The Commissioning is a time honored tradition which takes place approximately one year following the christening ceremony at the builder’s shipyard. After the ship has completed rigorous testing and sea trials, the shipbuilder then deems the ship capable of performing her designed mission and prepares to join the Fleet. The Commissioning ceremony is attended by heads of state, dignitaries, public officials, crew family members along with supporters of the ship’s namesake. The grand ceremony culminates with raising the commissioning pennant to the masthead and for all purposes of law and tradition, the ship then becomes a United States ship of the line. (Ref: http://www.ussgeraldrfordcommissioning.org) 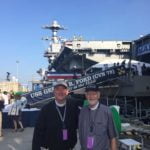 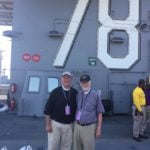 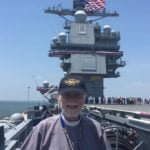 Deacon Steve at the helm of the USS Gerald R. Ford. 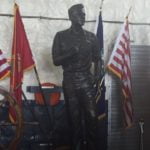 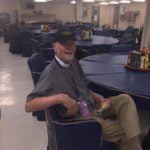 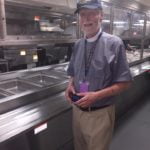 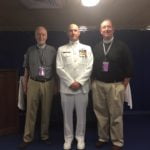 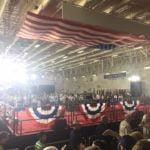 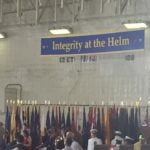 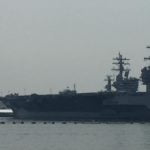 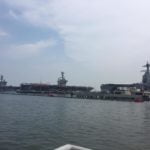 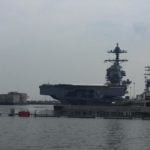 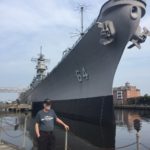 Deacon Steve next to the USS Wisconsin in Norfolk, VA. 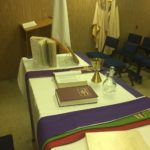 Chapel on the U.S.S. Wisconsin. 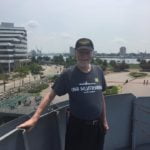 Deacon Steve at the helm of the USS Wisconsin. 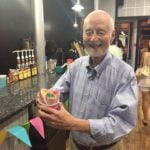