Episcopal Church of the Transfiguration of Vail > Advent > Convergence 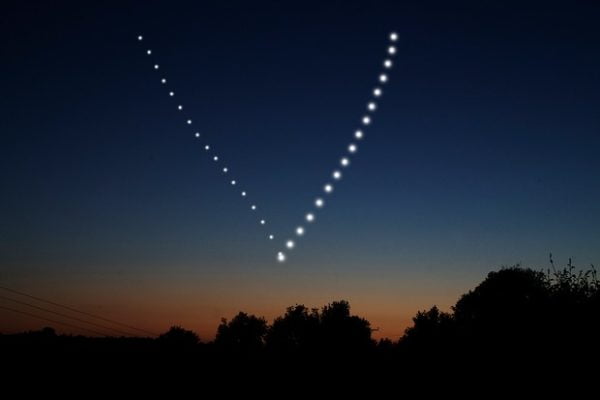 Well now, this is interesting.  As if 2020 didn’t throw us enough, here comes cosmology too!  How many times does God have to wave a divine astrometric hand right in front of us?!  Dear readers, welcome to the Great Convergence, when Jupiter and Saturn’s orbits come so close together they appear in our early evening sky as one large new celestial phenomenon.  It last occurred visibly in 1226 AD, and will not occur again until 2080 AD and 2400 AD.  Wow.

Certainly the Great Convergence is one possible explanation of the Christmas/Bethlehem star narrated solely by Matthew in his Nativity cycle, chapter 2.  American Roman Catholic scholar Raymond Brown, an academic hero of mine, lists the GC as one of three possibilities, but caution dear readers!  We are about to trample some cherished pageant Christmas lore here.  The great Johannes Kepler, German astronomer and mathematician, charted a triple convergence of Jupiter, Saturn and Mars in 1604, and retrojected the last previous triple convergence between 7 BC-6 BC (or BCE as more contemporary scientists prefer,Before the Common Era).  May/June, September/October and December in 7 BC were all high points of convergence visibility.  When combined with the Lukan Nativity accounts, an intriguing altered Christmas landscape emerges from historical shadow, one sure to ruin every Hallmark Christmas winterscape card you’ll ever receive going forward.  We’ll let Saint Francis of Assisi complete the ruining process in just a bit, but back to Kepler’s fascinating research.  Have you ever wondered why a man as shrewd and as wily as the Roman Emperor Augustus (just a title here, and he gets a month inserted in the Roman ten month annual calendar as a bonus prize, just like his adoptive uncle.  Any guesses as to the two months created to not only more accurately reflect a 365 day trip around the sun but also encourage cultic worship of ancient leaders?!!  Hint: Septem is the Latin word for seven!) would mandate an empire-wide census in the dead of winter?  Would that ever work to accurately count Roman subjects to tax them more systemically?

No, Augustus would never order something so foolish.  But late spring to early summer, or even better, harvest time when everyone is out working to collect their hard won crop yields, sounds like guaranteed coin to me.  Kepler’s research confirms the real possibility of a fall 6 BC-7 BC Triple Great Convergence!  And all those Y2K concerns years ago about the millennium changing in the Year 2000 AD (or CE)….well, since Herod the Great died in 4 BC, and both Matthew and Luke agree that Herod was alive at Jesus’ birth, and we hold to a roughly 30 year earthly timeframe for Jesus’ natural life, kiss off Hallmark!  Bye-bye airbrushed Thomas Kincade-esque wintery Nativity dreamscapes!  Apologies beloved Sunday School teachers of yore!  What if Jesus was born in the fall of 7 BC or 6 BC?  What if our Lord was then crucified about 26 AD/CE, nicely aligning with the date of Passover that year?  And what if God dangled an unmistakable cosmological hand that year tantalizingly right in front of our faces?!