Episcopal Church of the Transfiguration of Vail > Epiphany > Epiphany’s Collect 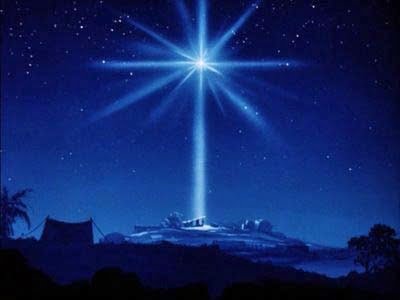 O God, by the leading of a star you manifested your only Son to the Peoples of the earth: Lead us, who know you now by faith, to your presence, where we may see your glory face to face; through Jesus Christ our Lord, who lives and reigns with you and the Holy Spirit, one God, now and for ever. Amen.

We did not have the chance to consider such a poignant collect for the Feast of the Epiphany, and I do not want you to miss this elegant prayer.  In essence, it took me years to comprehend that many collects, framed in the soaring Elizabethan or Victorian rhetorical flourishes so familiar in our Anglican Prayer Book tradition, basically speak about our mortality.  Epiphany’s collect most certainly does, and please read it again for confirmation.  We are asking God to steward our souls to His (yes, yes I know, cannot help it) heavenly presence where we can finally gaze upon God’s majesty with no obstruction to obfuscate it.  Now, our rational selves might say (“Hey, wake up up there, rational self, you’re up for this devotional.  Yeah, you!  Put the book down and come here right now!”) “Well, it certainly seems irregular to dedicate an opening prayer to dying, and how does your spiritual self have eyes with which to see, and why does the Second Person of the Trinity have gend”….uh, er, that’s quite enough out of you, rational self.  Back to the experiments, and no keeping elements so long this time!  They’re only periodic!

Liturgical language does not spring from the Age of Reason, but sources which are far older and more imaginative.  Thank God!  This Collect (and festival) celebrates the epochal evolution of Christianity from Jewish wisdom sect based in Jerusalem to world religious system facilely adapted to local custom and culture.  The reason why Saint Paul is such the biggest deal isn’t simply the sheer amount of text we have from him (because the earliest believers so protectively kept and replicated his letters explosively across the nascent Christian church) but rather because he was one of the first to bridge the Good News of Jesus to non-Jewish audiences.  That Gentiles could actually receive the Holy Spirit, be baptized and accept Christ as Savior is earth-shaking!  The very first Gentiles to receive the message…of course, our three Magi!  This evolution from sect to faith to religion, in my view, completes what 19th/20th century philosopher existentialist Karl Jaspers coined as the Axial Age; Jaspers argued the period from the 8th century BC/BCE to the 3rd century BC/BCE (remember when BC-ing it we count backwards) was an astonishing period of parallel development for seminal philosophical and religious systems.  Because he’s so erudite, so specific and perhaps so Swiss-Germanic, his hypothesis is hotly disputed but for me is helpful.  The emergence of Christianity completes, if you will, this Axial stage of humankind which impacts our world even today.  Epiphany celebrates the star which manifested Jesus as the Savior of the world.

The Collect then strongly intimates we need such a savior even though we were not eyewitnesses to these events.  We need leading, evidently, so that one day we will know by sight which we know now only through the eyes of faith….that God, Jesus and the Holy Spirit are exactly and precisely who we believe, the bible narrates and the church confesses they are, and that the promise of eternal union with God is not aspirational nor inspirational but actual.