We interrupt this newly launched Advent devotional blog to mark one of the great festival days on the Christian calendar, the first of several we will celebrate together in the coming weeks.  November 30th is the Feast Day of Saint Andrew, Apostle and Patron Saint of Scotland.  Interestingly, he is also venerated throughout eastern Europe and into central Asia in diverse locales like Russia, Romania, Cyprus, Greece and the Ecumenical Patriarchate of Constantinople!  While the Synoptic Gospels (recall our blog words, dear readers…the three gospels which closely resemble each other, being Matthew, Mark and Luke are commonly referred to as “syn-optic,” or “same-looking” in Greek) record Simon Peter and Andrew both following Jesus by leaving their fishing business at the Sea of Galilee’s shores, John’s Gospel records Andrew as being the first disciple of John the Baptizer to follow Jesus as the Lamb of God when directed by John.  Andrew then brings his brother Simon to Jesus, making Andrew both the first disciple of Jesus and also the first Christian evangelist.  He travels perhaps as far as Kiev to preach the gospel following Pentecost, being martyred in Patras, Achaia (modern day Greece) hung on an “X” shaped cross.  Centuries later the Roman Emperor Constantine saw Andrew’s X-shaped cross in a dream/vision auguring his victory in a pivotal internecine battle for supremacy of a fracturing Roman empire, leading to Constantine’s establishment of a renewed empire his biographers called the Byzantine Empire.  Constantine’s successors collected Andrew’s remaining relics (bones, basically, absent the graphic forensic details!) and one sent them to the “ends of the earth” as directed in a vision.  Of course, for your basic eastern European, that meant the desolate, tundra grasslands of….bonnie Scotland!  An ancient Gaelic town was renamed Saint Andrew’s, and Andrew’s cult (veneration of a particular saint for local folks) exploded in early medieval significance there.  When a local Pictish King received (gasp!) the exact same vision of Andrew’s cross before defeating a much larger Northumbrian (Anglo-Saxon) army, Andrew was off and running as Scotland’s star saint!  With no formal Independence Day to anchor Scottish national identity, Scots chose this day and Andrew’s X-shaped cross upon which to found their national expression.  Hence, Scotland’s national flag (and subsequent versions easily visible in Britain’s Union Jack and CSA’s Stars and Bars) is the white X-shaped cross of Andrew set upon a saltire blue background….Scotland’s “Saltire Cross.” 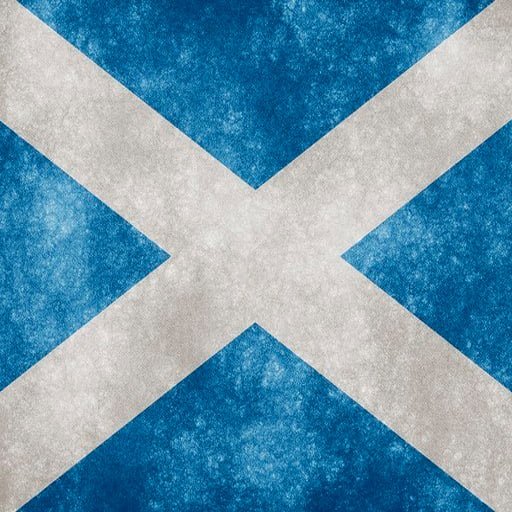 A cursory review of late Roman and early medieval history will reveal entertaining and dramatic stories of how each culture, tribal groups and ultimately nations claimed a particular hometown Christian luminary as their own.  Not too far off from today’s sports franchise mascots and how they reflect the distinctive local flavors of the towns and schools they represent.  Patrick and Kevin in Ireland, Columba and Andrew for Scotland, Aidan for those northern Brits, Saint George for the southern Brits, Peter for Rome, Mark for Alexandria, Egypt before being stole…uh, er, re-located to Venice for all those Saint Mark’s Square watercolor paintings you bought when you visited, Cyril and Methodius for the Slavic peoples, and so on.  A terrific more recent example is Padre Pio for Italians.  Saint Andrew’s Day, or Andermas as it’s popularly called, is a celebration of gratitude for our families, our native ground and the cultures which gave us identity and unique background in Christ.  So today, as we launch into Advent…Happy Andermas ye bonnie kirk in Scots English, or, Enjoy a terrific Saint’s Day you wonderful church family!  A wee dram for you all!  Let us pray:

Almighty God, who gave such grace to your apostle Andrew that he readily obeyed the call of your Son Jesus Christ, and brought his brother with him:  Give us, who are called by your holy Word, grace to follow him without delay, and to bring those near to us into his gracious presence; who lives
and reigns with you and the Holy Spirit, one God, now and forever. Amen.