Episcopal Church of the Transfiguration of Vail > Epiphany > Laureate 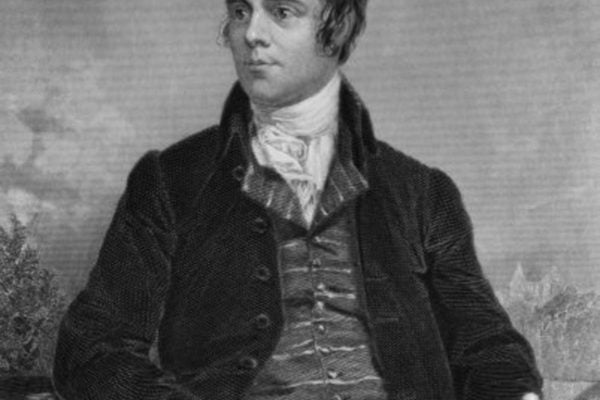 I…am…deeply…chagrined.  Embarrassed.  Guilt-ridden.  I must apologize to each of you, dear readers, to God and to my family.  The shame is…overwhelming.  I have failed you.  I (choke) forgot.  I (sniff) forgot the birthday commemoration of the greatest poet ever to set quill to scroll in the English language.  Yes, yes, sure…The Bard you say.  Mary Oliver, right.  Maya Angelou, right up there.  T.S. Eliot is looking up at this one.  Robert Frost, in the rearview mirror.  Pablo Neruda, a classic.  Medieval Sufi mystic Rumi, uber-talented.  And (Wordsworth) so (Keats) many (Longfellow) more (Shelley) also.  But….we must be honest and humble, dear readers, and confess that I missed the January 25th birthday of Scotland’s Poet Laureate Robert Burns (1759-1796), or perhaps you know him colloquially as ol’ Rabbie Burns!  Allow me to feebly attempt to right this monstrous devotional injustice.  And for those willing to contest Burn’s near universal acclaim as the English language’s greatest poet, ask yourself this….do you sing any poem of William Shakespeare with all your friends as the clock strikes midnight on January 31st?  No?!  Oh, okay….

With all due respect to the Victorian 19th century P.R. machine flattening pretty much all other consideration of non-English poets from epic reputation, Burns really is a significant poetic and cultural contributor to both Scot and English history.  Though his life was brief, dying at age 37, it was consequential then and now.  He chose to write most often in English, although he was a native Scots Gaelic speaker, perhaps to insure that his work received a much broader audience than just Highlander Scotland.  He commented upon the supernatural and the commonplace with equal acumen, displaying an astonishing depth of emotional intelligence.  While he inhabits the leading edge of Romanticism, indeed providing a witty vocabulary for the movement’s foundational emergence, Burns truly is one of those rare commentators of the human experience which he himself inhabited with such gusto.  Burn’s most famous lyric is of course Auld Lang Syne, quickly anchoring itself for Hogmanay (the Celtic celebration of New Year) and for Harry and Sally, our American New Year also.  But no less significant, and I invite you to read and explore for yourself, are works like the totally Halloween  Tam O’Shanter (one of our late Deacon Steve Baird’s favorite works…poor Meg!), the egalitarian humanitarian ode A_Man’s A Man For A’ That, the romantic A Red, Red Rose (one of over 300 Scottish folk songs Burns helped preserve for posterity before he died, an extraordinary patriotic feat itself), Scots Wha Hae (for centuries the national anthem of Scotland) and so many more.

Being a Christian is not about strict spiritual blinders or emotive cataracts!  Far from it!  Being a Christian is knowing who and whose we are, and then launching to explore so many beautiful expressions of human endeavor we understand to be inspired by the present and visible or perhaps the implicit Creator of the Heavens and the Earth.  You are reading a devotional author whose life has been immensely enriched by exploring my cultural and historical background to learn more about who I am and where I’m from.  I even love haggis, and happy to share sometime!  But the point of these devotionals is not me nor even celebrated personages like Robert Burns.  The point is to illuminate numerous gateways through which you might see God, meet Jesus afresh, and receive the Paraclete in creative, novel and perhaps even unconventional ways.  Burns is only one way, and entertaining at that.  If poetry does it for you, enjoy the Laureate!