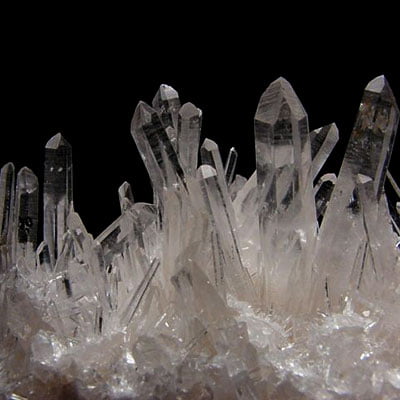 Oh, gwwaaaddd…if I had a dime for every time in the last six months we’ve heard that statement from a slightly frowning, forehead creased in earnest yet empathetic head-slightly-cocked leaning forward politician, we’d be rich!  I note that what usually follows that declarative introduction is precisely obverse from its stated objective, and in several cases exactly contrary to what this same individual said earlier even employing this self-same phrase.  So, upon this Inaugural Day, let us be clear together….

Let me be clear that Christians have wrestled with how to best engage governmental power and political discourse from our faith’s earliest days and even before.  The Prophets advocated the Truth to Power approach, which often saw less than desirable immediate results but over time constructed Israel’s moral voice before indelibly marking Christianity with this irritating habit.  Jeremiah tossed in a cistern.  John the Baptizer’s head separated from his body.  The Christian protomartyr Stephen, whom we met earlier in these devotions, stoned to death by the most pious Jewish leaders of Jerusalem’s 1st century elite.  Perhaps only the extreme sanctity of Saint Francis of Assisi prevented the extravagantly monarchal Pope Innocent III from liquidating him, but Francis is history’s exception.  The least extreme reception for prophets is what Amos received from Bethel’s (Brand X) priest Amaziah: Go back home and prophecy there, this land cannot bear your words!  Almost every major societal, cultural and political upheaval of western humanity since the Middle Ages occurred because Christian prophetic voices unleash truth all over power…human rights, the abolition of slavery, female suffrage, compulsory childhood education, crimes against humanity, civil rights, the contemporary ecology movement, national debt forgiveness, health care, apartheid, mental health care, refugee resettlement….all trace their roots back to Christians willing to speak prophetically at extreme risk to themselves.

Let me be clear that Christians also collude with governments for the betterment of their citizens, subjects or members.  The Apostle Paul advocated this in Romans chapter 13 when facing the hegemonic (a terrific word, love it!) Roman multi-continental colossus as the fledging Christian church was birthing.  His Jewish forebears were well used to partnering with dominant empires to protect fragile Jewish community; Joseph, Daniel and Princess Esther immediately spring to mind.  Other Jewish figures fought valiantly against such domination as mortal threats to Judaism…all the Judges, King David, Ezra and Nehemiah, the Maccabees and the 1st century Jewish arch-patriot Zealots mentioned in the Gospels.

Let me be clear that our Anglican tradition enjoys official status as the state religion of Great Britain and several members of the British Commonwealth.  The Queen of England is sovereign over both state and national church, the Church of England, delegating functional oversight to the Archbishop of Canterbury (the oldest archbishop’s seat in Britannia only if you aren’t Scottish) but retaining supreme authority over ecclesiastical affairs.  While we fought a Revolutionary War for very good reasons, Anglican Americans after Independence found themselves in quite an awkward pickle: hard to be invited to those fun Saturday night Philadelphian patriot dinner and dance parties when one is still praying for their Dread High Sovereign His Majesty George the Thirdon Sunday mornings.  Awwwkkwaarrdddd!  So let’s invent an entirely novel thing, a non-British Anglican Christian we’ll call by a traditional title redressed in late 18th century finery…an Episcopalian.  And let’s continue, as far as possible, the embedded instinct to partner our new-fangled Episcopalian American Book of Common Prayer with those folks who set up the new American government.  Because, let’s face it folks….after writing the Constitution, most of them went metaphorically across the street, had a pint, and created our denomination!  Yes, George Washington did worship in all those approximately 800 pews of venerable Revolution-era Episcopal parish churches littering the Chesapeake Bay coastline!  As the saying goes, the 19th century Episcopal Church was the Republican Party at prayer.  Today’s Episcopal Church is the…well, dear readers, that conclusion is best left to you and God.

Let me be clear that I apologize for today’s more lengthy devotional, but if anyone is still reading, our denomination enjoys a long, hallowed tradition of praying for and alongside our government in its three federal branches.  We pray for and alongside our state and local governmental structures too.  We vigorously participate in several political parties without excuse, providing dozens of Episcopalian Supreme Court justices, senators and representatives, military leaders, and yes even Presidents.  Our 38th President Gerald R. Ford, First Lady Betty Ford and family were proud seasonal members of Transfiguration from her 1974 founding.  I pray that together we can partner and participate in governance without being brusquely politicizing.  And on this day when we watch the transition of executive branch authority pass from our 45th to 46th President, we pray together for our experiment in democracy.  May it be a day of peaceful gratitude, and may all who participate and all who observe be protected from violence, hatred and injury.  We tried that once before, with tragic results.  Dear Lord, not again.  Pray with me from the 1979 Book of Common Prayer’s Collect for Independence Day.  Let us be clear, together:

Lord God Almighty, in whose Name the founders of this country won liberty for themselves and for us, and lit the torch of freedom for nations then unborn: Grant that we and all the people of this land may have grace to maintain our liberties in righteousness and peace; through Jesus Christ our Lord, who lives and reigns with you and the Holy Spirit, one God, for ever and ever. Amen.