“The Magi were not kings, but kings of kings!”  I still remember that impressive claim of the Reverend Mark Link, S.J. (Society of Jesus, or Jesuit) from my 9th grade theology textbook These Stones Will Shout.  From Tampa Jesuit High School’s drab Gulf Coast concrete block walls all those years ago, these words still echo with profound resonance.  We continue our in-depth exploration of the Feast of the Epiphany of our Lord Jesus Christ, unpacking its dense faith claims and prodigious historical footprint.  Yesterday, theophany and theophanies.  Today and tomorrow, the still provocative visit of the Magi to Bethlehem! 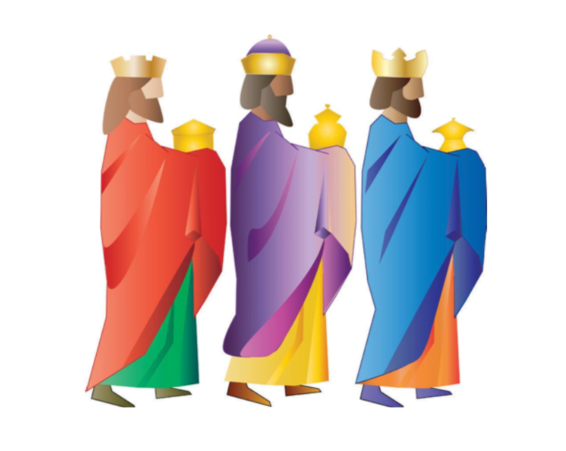 Father Link was correct.  The plural Magi, tactically left untranslated by several bible editions for good reason, derives from the singular Latin magus.  See where the English translation is headed dear readers?  It ain’t wise man (that would be more like sage) but instead magician.  Some evangelical translators obscure this easy translation because magicians get such a bad rap in Jewish tradition.  Judaism did not deny magic, but vigorously repulsed it as blasphemously seeking to appropriate knowledge or power with which God did not choose to naturally gift humankind.  The vast majority of magi in both testaments are Gentiles imported from other theo-cultural traditions, Gentiles who through supernatural insight, knowledge, observation of the natural world or pure chicanery claimed to interpret or directly influence natural and cosmological events.  Magic was a major royal industry in antiquity (and remains so today as J.K. Rowling and the Potterverse can well attest) and appears more frequently in world literature than we care to admit (Try being the King Arthur referenced yesterday without Merlin and see how well that would go!).

Professor Ray Brown reminds us that the Balaam (also referenced yesterday…anyone seeing a pattern here?!)  in Numbers 22-24 whose as…er, ah, donkey spoke to him was a magus imported by a Canaanite (aboriginal to the Fertile Crescent) sovereign King Balak to curse the People of Israel as our heroes swept through the Promised Land.  Instead of cursing them, Balaam (with some help from his traveling companion) could only speak words of blessing upon them as he (also, hmmm) saw a star arise signifying the rise of a Davidic ruler.  In the New Testament Simon Magus in Acts 8 doesn’t do so well when seeking to purchase the ability to call down the Holy Spirit as Peter and John were doing; Peter’s response is damning, “May your money perish with you!”  It goes even worse for poor Elymas with hardcore younger Saint Paul in Acts 13…uuuffffhhh, bad news for him.

Our Nativity magi were what we call today astronomers, biologists, botanists, chemists and perhaps dramatists also, employed by sovereigns captivated by the allure of magical advantage over rivals and also perhaps desirous to have such studied scholars in their company.  Indeed, the kings of kings!  Matthew’s inclusion of the various Gentle court scientists frames his gospel narrative with parallel rhetorical force…Gentiles acknowledge Jesus as King and God’s son at our Lord’s birth and death.  Supernatural events occur both times also.  The more Jerusalem’s religious and governance leaders try to extinguish our Lord at birth and death, the more their failures only advance the Good News.  And our textually anonymous magi receive names and very entertaining backstories throughout antiquity as the Roman and Byzantine empires spread ever eastwards…tomorrow!