Episcopal Church of the Transfiguration of Vail > Advent > Magnificent 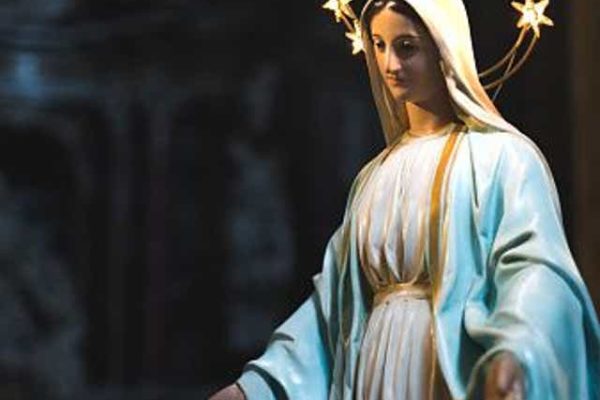 Today, the Fourth and final Sunday in this too-brief Advent, we finally meet her.  The Queen of Heaven, Mother of all, Eternally Virginal, Luke’s first Apostle, Theotokos (literally God-bearer in Greek, a profound title conveyed by an early church council by which Orthodox Christians best know her), Madonna.  For Anglicans, the Blessed Virgin Mary, while for Roman Catholics, Blessed Mary ever Virgin, a constitutive distinction it took me years to properly appreciate.  Alongside John the Baptizer, the Mother of our Lord stands as Advent’s matching gateway tower as she beckons us to consider her beloved Son.  Perhaps no other feminine figure in western history has exerted such a paradigmatic influence upon millions and millions of souls, Christian and otherwise.  The gospel writers, Luke in particular but also John (who never actually names her), lionize her.  Music (Ave Maria), art (Michelangelo’s tripartite sculptural obsession with capturing Mary’s exquisite agony cradling the body of her executed son, called the Pieta, which morphed as the Florentine artistic genius grew older), and piety:

In Holy Scripture, Mary is a young Galilean Jew visited by one of the four archangels with the epochal announcement that she is to bear and birth the Messiah long-promised by God to fulfill God’s salvation for all people.  Mary travels painfully and durably (to Egypt and back with a newborn in Matthew, to Bethlehem while pregnant in Luke), raises her son to adulthood, follows him out of concern as he preaches and teaches, is present at the foot of the cross in utter anguish and with impressive courage when compared with the disciples, and is mentioned in her final appearance in Acts chapter 1 with Peter and the remaining 10 disciples.  Competing traditions then trample any historical tracing of Mary’s later life…Jerusalem for her miraculous Assumption into heaven, or perhaps Ephesus following the beloved disciple who takes her as his own mother?  We simply do not know.  A later Byzantine historian claims Mary died about 41 AD/CE.  Okay.

For all the Marian pietistic heat and considerable light, far beyond our reach here, I return to the Episcopal Church of my youth.  I grew up worshipping in Saint Mary’s Episcopal Church in south Tampa, Florida.  The predominant Marian blue saturates the nave (“sanctuary” for you Protestants out there!) carpet and pew cushioning, as well as the impressive stained glass cycle of windows celebrating four moments in Mary’s life.  My maternal grandparents donated the window commemorating today’s Gospel lection, called the Annunciation, in which Gabriel visits Mary.  The artist captures the biblical picture perfectly, rendering a teenaged girl kneeing in utter disbelief before the radiant angel surrounded in swaths of blue.  She is my Mary, the first person to say an unreserved and unconditional YES to God’s transformational and costly request.  That young woman remained fearless and totally committed to faithfully following God’s call even as her own heart was shattered, and reconstituted, along the way.  Mary’s journey is the Advent journey.  Ready?