Episcopal Church of the Transfiguration of Vail > Advent > Oh, So Many Oh’s!!! 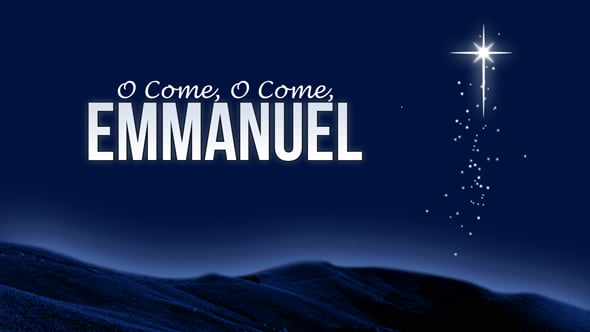 The second of our Advent hymns is brought to you by the letter “O,” as in the well known O Come, O Come Emmanuel!  I was shocked to discover the hidden gems of this Advent classic so beloved in Anglican hymnody.  Emmanuel is easy, simply a direct transliteration of the Hebrew compound word el, an ancient Semitic loan word for God appended to emmanu, workaday Hebrew forwith us.  Emmanuel, God-With-Us.  But that provocative, and grammatically speaking, vocative (look it up dear readers…we speak geek here!) “O” is another matter entirely!  Somewhere in the 8th or 9th century AD., monastic choirmasters composed a series of chants just before Christmas focused upon the various titles of Christ drafted from the Old Testament.  Since they called upon Jesus in these various guises they began with “Hey we really need you to pay close attention to us now Jesus!” or, in more concise fashion, “O.”  Rod of Jesse, Daystar, Key of David, Lord of Might (Adonai, roughly, in Hebrew), Wisdom…all introduced by the vocative “O.” The first letters in Latin of that list formed the secretive acrostic ERO CRAS, translated “Tomorrow I Come,” the key Advent theme of Jesus coming towards us embedded in the very text itself!  19th century Anglican priest, musical scholar and hymnist John Mason Neale (you know his work well, I promise) took two iterations in 1851 and again in 1861 to evolve O Come with the familiar words we now sing, and early 20th century New York luminary Henry Sloan Coffin added the final two verses to complete the hymn as it stands today in the Hymnal 1982.

Do you treasure this Advent touchstone as much as I do?!  Which title, which verse best serves you as a pietistical gateway into the anticipatory excitement of Advent?!  Jesus’ promise to unite the great arc of salvific (yes, I adore this word!) agency of our Heavenly Father as Jesse’s Rod?  The iridescent luminosity of Jesus as our Dayspring from on high, a wily 19th century scholastic nod to the Transfiguration Christ, who cheers us while dispersing the gloomy clouds of night?  Sign me up right now!  David’s Key, closing the path to misery (hey Father Neale, nice rhyming couplet there!)?!  Adonai, Lord of might, resplendent in supernal sovereign majesty still atop Sinai’s heights?!  Divine Wisdom, come down to order all things far and near?!  May I have some more please?!!  Or the climatic final verse from a Manhattan blue blood, penned in the midst of the first global world war, more aspirational and totally moving in it’s desperate, eloquent longing for peace and goodwill to all people?!  I take these words for my own to you today, and prepare to sing them tomorrow by myself as I light the 4th and final candle of this too-brief Advent sojourn: