Episcopal Church of the Transfiguration of Vail > Christmas > Protomartyr 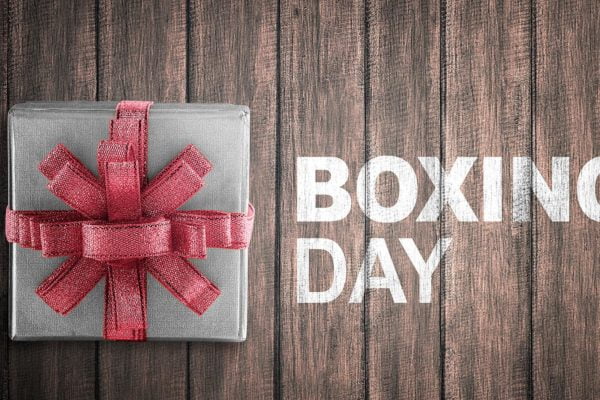 Happy 2nd day of Christmastide, Happy Boxing Day, Happy Feast of Stephen the Protomartyr…how many traditions can we cram into one 24 hour period?!  Let’s review quickly….it took our early Christian forebears just days to proclaim the resurrection of our Lord as God’s victory over death and the inauguration of a new humanity to populate what Jesus called the Kingdom of the Heavens.  Decades later, the apparent delay of Jesus’ climatic return drove several churches to produce written accounts of Jesus’ life as those original eyewitnesses began dying from old age or persecution (generally the latter).  Only two of these written accounts, which we call gospels, contain narrative material of Jesus’ birth, while a third includes a shocking claim about the impact of His birth.  More on that tomorrow!  It took the church until 567 AD/CE to formalize a 12 day calendar of Nativity-related celebrations beginning with Jesus’ birth and ending with the Feast of the Epiphany on January 6th…..500 years to get our Christmastide game on!  And boy did they pack these 12 days with every observance and tradition possible!  Some uber-geeky liturgical scholars believe this delay was occasioned by trying to merge the older eastern lunar calendars with the western solar calendars of the Julian and Gregorian variety, but….that’s beyond our scope here and besides, those guys evidently don’t get out much!

So, December 26th marks the Christmas season’s (or Christmastide) 2nd day.  Evidently some household heads went lenient on their house workers since the staff had labored so hard over the last week, giving laborers today to be with their own families and perhaps gifting them with a gratuity or small gift.  English that up for a few hundred years, and voila, Boxing Day for closet Brits everywhere!  (P.S. Britannia, Amazon just made all 365 days “Boxing Day!”  We also don’t do “Monarchy” that great anymore either…)

But…we do Stephen really, really well, and should.  We meet this courageous young Hellenistic Jew (Greek-speaking and Greek-named, Stephanos, perhaps wreath or crown, conveying some reward) in Acts chapter 6 as he and several others are chosen (Stephen is chosen first, hence his other title Protodeacon!) by the Apostles to serve widows and other disadvantaged Jerusalemites in their daily food distribution.  Stephen’s personal holiness is so visibly evident in what Luke calls signs and wonders that he is swiftly hauled up before Jerusalem’s town council (just like Jesus) on false charges (just like Jesus) only to review Israel’s entire history (just like Jesus) before leveling a withering critique of unrighteousness (just like Jesus).  Stephen is then illegally condemned to death (ohh, you get the idea!) and stoned to death by an enraged mob (not quite like Jesus) but not before he sees a vision of Jesus in heaven and forgives his executioners.  Read the dramatic narrative in Acts 7.  In 34 AD/CE Stephen becomes the first casualty of the fledging Christian movement and an exemplar of how to die like Jesus did.  His modeling will be followed by millions upon millions of those Luke called martyr in Greek, or in English, witness.  His relics were transferred to a new Byzantine sanctuary in Jerusalem on December 26th, 415 AD/CE, marking today as his Feast Day.  Stephen did not toss a gratuity to his Lord, but rather, his entire courageous life of service.  What gift are we prepared to offer our Lord today?  Pray with me please:

We give you thanks, O Lord of glory, for the example of the first martyr Stephen, who looked up to heaven and prayed
for his persecutors to your Son Jesus Christ, who stands at your right hand; where he lives and reigns with you and the Holy Spirit, one God, in glory everlasting. Amen.