Episcopal Church of the Transfiguration of Vail > Advent > Repent, Part One 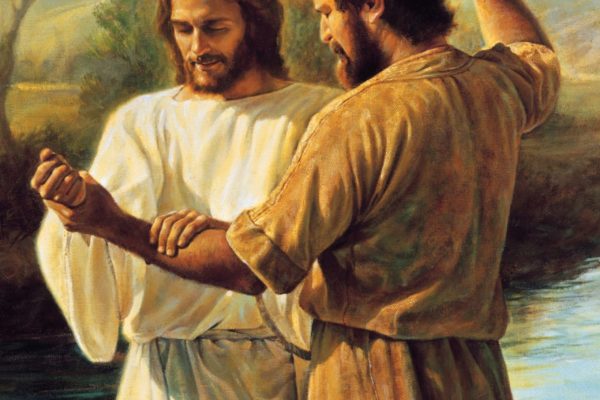 It’s time to meet the first of our two constitutive Advent figures!  Dear readers, may I introduce you to John the Baptizer, the enigmatic 1st century Jewish seer who singlehandedly resuscitated the great Jewish prophetic tradition from its near hibernation.  John’s apocalyptic (does anyone remember this term from our Lenten/Holy Week/Eastertide devotionals, a distinctive literary style featuring bizarre symbolism, numerology and futuristic predictions of global or cosmic cataclysm) message explodes on to the biblical stage with the moral force John brings with undisputed prophetic credentials.  Descended from priestly family serving Jerusalem’s temple, check.  Perhaps involved with nearby desert monastic Jewish sect (Qumran, as in the Dead Sea Scrolls Qumran) preaching their own apocalyptic message, check.  Emerging from the Judean wilderness like their ancient Jewish forebears, modeling an extreme ascetic existence guaranteed to get him noticed at holiday parties, check.  Carbohydrate-free protein-based diet, check.  Thundering oracles of judgement at establishment religious figures mired in theo-political cesspools of shady ethical corruption, check.  Offering to cleanse all people, Jewish and Gentile, from outer stain through inner transformation using a familiar ritual of physical washing radically reinterpreted, ch….wait, WWHHAATT???!!

John’s radical message of baptizing for repentance for the forgiveness of sins, to prepare an exhausted and beleaguered 1stcentury Jewish community for God’s new and unexpected power breaking into their world, was completely unique to Judaism despite its familiar dressing.  To be washed on the inside while John bathed us on the outside, to have every obstacle, every guilt, every shame simply cleansed from our souls, was nothing like they had ever before heard.  I believe this novel message accounts for John’s extraordinary visibility in biblical and extra-biblical accounts.  The late 1st century Jewish historian Flavius Josephus (remember him from earlier this year?) cites John at some length, as do all four gospel evangelists in differing moments.  All agree on his clarion message.  All point to his unrelenting morality.  All narrate his baptism of our Lord, though with slightly differing perspectives.  Luke provides the most detail, as usual, including both John’s miraculous birth and also his tragic death; evidently speaking truth to power is lethal for every prophet!  Luke also records the Apostle Paul confronting John’s disciples far away from Galilee, correcting them on what exactly baptism actually meant and giving them a new baptism of the Holy Spirit.  Many scholars believe it took the nascent church a few decades to correctly comprehend who was Messiah (Jesus) and who they so movingly call the Forerunner (John)!  If one reads John’s appearances closely there is a direct correlation between John’s arrest and the beginning of Jesus’ public ministry.

John does several very important things for us.  He announces God’s plan for all time.  He calls upon all people to repent, or basically change direction and align with God immediately.  He baptizes hundreds upon hundreds to help them achieve this repentance.  He does speak truth to power, whether to ordinary commoners or to kings.  Finally, John points to Jesus as the Lamb of God who will take away the sin of the world, explicitly identifying Jesus as God’s Messiah.  Let’s focus today on that “Repent” business.  A beautiful word in Greek, metanoeo, to change or reorient one’s mind or direction or perspective, this motional term occurs over 100 times in Holy Scripture.  John, Jesus, Peter, Paul….all call upon their listeners to radically reorient their lives to the Kingdom of the Heavens, aligning our perspectives to our Lord’s in order that we might become, literally, alter Christus in Latin, or another Christ.  John stands as a living reminder that we cannot approach the manger with integrity unless we commit to this radical re-alignment.  Ready…set…Repent!