Episcopal Church of the Transfiguration of Vail > Epiphany > Rough Hewn 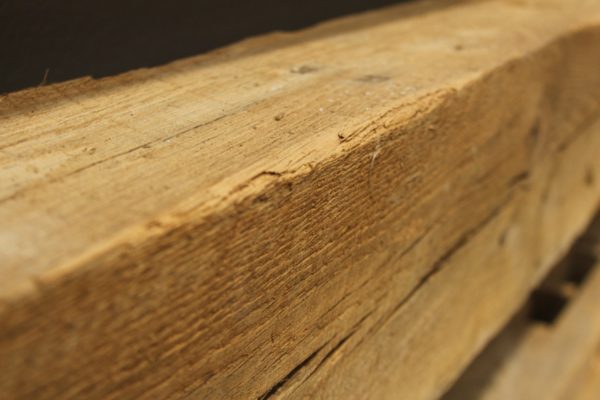 Today is the Feast Day of the Confession of Saint Peter, another of the significant saints’ days in the Incarnation cycle.  While Peter and Paul are traditionally celebrated together on June 29th, (and Paul’s Conversion is coming up in a week’s time) each receive their own moment of aligning with Jesus also, Confession and Conversion, early in the calendar year.  This man has almost more names than does Jesus!  Originally Σίμων in Greek, סיימון in Hebrew, the very ancient Jewish name Simon, he picks up כֵּיפָא, Kepha in Aramaic which transliterates to our English Cephas.  Finally, with a masculine tag we get to Πέτρος in Greek, Petrus in Latin and finally, we meet our familiar Christian superhero…Saint Peter.  Washington, Jefferson, Madison all together for Christians.  Proto-uber-Apostle, Pillar of the Jerusalem church, rumored first Patriarch of Antioch, first Pontiff of the vaunted Catholic church, namesake of the largest and most ornate Christian sanctuary anywhere in the world, holder of the Keys to the Gate of the Kingdom of the Heavens, able to leap tall buildings in a single…..

And can you hear Peter laughing all the way from heaven?!  Like previous saints we’ve met here, dear readers, push past the ecclesiastical press office to examine the real flesh and blood man standing before you today.  Simon means to listen or to hear in Hebrew, somewhat ironic when you think about it.  Perhaps Cephas sounded a bit better in Greek as the Greek translation of Simon means flat-nosed, a less than flattering characterization of our hero.  While Petrus does mean stone in Latin, I much prefer the more guttural Aramaic origination of Cephas….rough hewn!!  Seriously, that is a better nickname for our Galilean fisherman!  Born in Bethsaida on the Sea of Galilee’s northern shore, Simon must have been a “Deadliest Catch” kinda guy by the time he and Andrew meet Jesus.  Gospel intel provides a wealth of material when you read attentively….house in Capernaum (upon which is now built the most gawdawful Franciscan spaceship-looking church, the most embarrassing ecclesial architecture anywhere in the Holy Land.  Don’t believe me?  Up for a quick spin to Area 51?), abandoned a promising generational family fishing business, stranded a wife and probably children in Capernaum to follow Jesus, first one to speak up when Jesus quizzed his disciples about His identity, jumped out of the boat to meet Jesus on the water, interrupted Jesus’ dialogue with Moses and Elijah during the Transfiguration with a resort mountaintop real estate deal, and so on and so on.

Peter is referenced 178 times in 8 New Testament books, credited with authoring 2 seminal general letters of profound discipleship.  Peter preaches the first Christian sermon on Pentecost which draws 3,000 souls to dedicate their lives to the Good News.  Peter, not Paul, is the first apostle to argue for Gentile baptismal inclusion into the burgeoning Christian movement after a vision he receives from God.  Peter somehow makes it to Rome in time to be universally acclaimed as the first Pope, suffering a gruesome imprisonment and martyrdom under the Emperor Nero (as did Paul) sometime between 64 AD/CE and 68 AD/CE.  Tradition records Peter asks to be crucified upside-down so as not to die as his Lord did.  Rough hewn indeed.  All the way to the Pearly Gates!