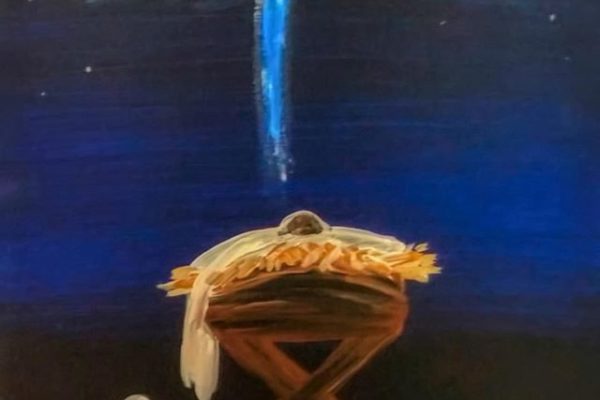 There it was, just where I wanted it to be, front and center under the tree on Christmas morning.  Dan’el Boone’s coonskin cap, complete with tail.  I’m 6 years old and I wanted to be young Israel Boone so badly I wore that cap for almost a calendar year!  Can you imagine how that thing smelled in Florida’s humid mid-summer?!  A few years later, it was that (utterly inane, “cannot believe Saint Nick dropped coin for that!”) invisible dog collar and stiff wire leash, much more enjoyable as a weapon to lash my younger brothers than walking a pretend dog!  To complete the humiliation, we actually owned two real dogs at the time!  A few years on, an autographed glossy photograph of young actress Diane Lane, the most beautiful woman on the planet (I was too young, Mom said, for the infamous red swimsuit Farrah poster).  Diane and I are the same age and I was smitten.  Then running shoes, then a trip to the Bahamas to do mission work, then a book of family heirloom photographs my mother labored over for months, then a first cross country ski trip to the Presidential Mountains of New Hampshire, and then…life flipped in the most unexpected way.  I became Saint Nicholas’ production assistant!  Wait, we have to “some assembly required” this dang princess castle?!! It’s 1:00 (insert profanity of choice here_____) AM?  I just served 1,300 people communion and shook their hands!

Castles, kitchens, beds, dressers, bikes, bouncy ball pits, dressers, desks, and the very worst construction ever, a deceptively simple-looking ping pong table…all with “some early morning eyes-crossed assembly in braille, hope it lasts a week required” Christmas projects for Saint Nicholas’ big Christmas morning reveal.  No wonder my parents looked the way they did all those Christmas mornings, the same way my wife and I look in those now hideous Christmas videos I insisted taking all those years!  How many iterations of footie pajamas can anyone actually take?!

Well, as it turns out, I know the answer to that question, and it’s not rhetorical.  And you might know too.  The Whos down in Whoville, the tall and small, knew.  Wonderful Life’s Mary Bailey (looking suspiciously like Donna Reed) knew.  Pa and Ma Ingalls definitely knew, as did shivery Mr. Edwards when he crossed the winter creek for Santa.  Finally Rosemary Clooney’s Betty Haynes figures it out (get a clue Betty, good Lord!), as does old screw Ebenezer, both with the help of friends.  Linus always knew.  Rudolph.  Kris Kringle.  And most importantly for us, so did Mary the mother of our Lord.

The greatest of all Christmas gifts are never under the tree.  The greatest gift of all is Jesus, love come down to us right here, this year, now.  In what other world religion does God take the trouble to come into our lives out of sacrificial love?!  And so often, the essence of Jesus resides in the people beside us as we open those gifts and share that meal and joke about how footie pajamas look on adults.  If I could go back for ten minutes to hold my parents’ hands instead of ripping open those ridiculous gifts, I would trade anything.  If I could leap through the video television screen to once again toss my toddler daughters and hear them squeal with delight on Christmas morning, even though I look like I was just hit by a truck, I would trade anything.  And then, I realize.  Is God in heaven saying, “If I could just get them to see that the joy in all those poignant memories and wrenching desires is actually me!  If they would be with me, I would trade anything!”  And it turns out, dear readers, God did exactly that.  The Good News is Good because of God’s epochal, creation-shattering trade.  The Greatest Gift of All!