Let’s continue today to recover and unpack from our Epiphany theology overload from yesterday.  Theological hangovers take time from which to properly recuperate, like the brain freeze from drinking a slurpee too fast in hot weather!  Slow and easy here….at the very heart of Epiphany, and indeed of the entire Incarnation cycle (Advent/Christmas/Epiphany) lies a complex experience theologians call theophany from the ancient Greek, or literally transliterated, God-visible or God-appearance.  Almost every religion of antiquity features some rendezvous, some intersection of divinity with humanity, as a staple part of their sacred narrative.  This point of God-humankind intersectionality is a theophany, a God appearance in some observable way.  Ancient tomes from Iliad to Odyssey, from Gilgamesh to Beowulf, from Torah to the great prophetic tradition all narrate these supernatural exchanges with astonishing parallelism.  Even the Arthurian legends showcase divine commercials (who was that watery tart tossing Arthur a sword upon which he based a system of government, we wonder?!!  Can anyone cite that famous comedy troupe’s movie quote?!) to help move the drama along. 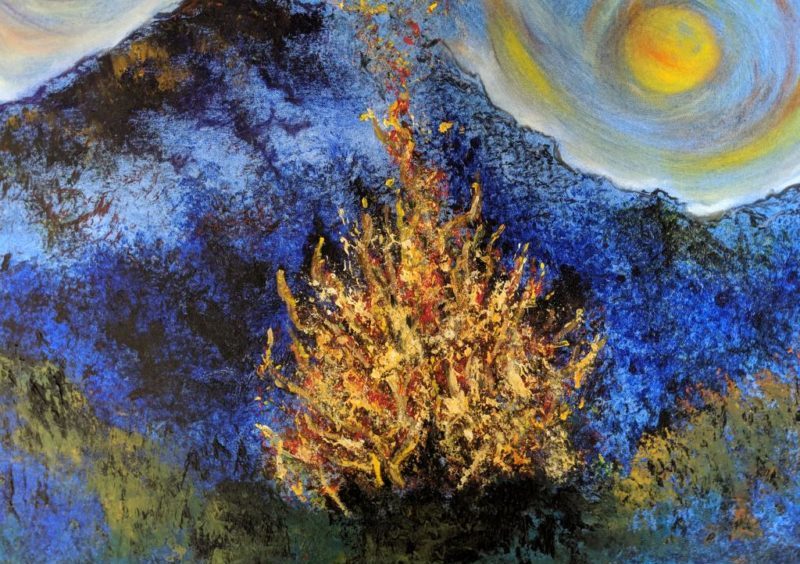 In our particular case, God is around the ‘hood rather early, clothing Adam and Eve, schooling Noah in curved wood construction, debating with Abraham, guiding Hagar and Ishmael, protecting Isaac from rather severe daddy issues, night wrestling with Jacob, and hanging out with Moses for extended mountaintop visitations.  Later, God speaks to Elijah in that famous still, small voice while providing prophets like Isaiah, Ezekiel and Daniel very high definition visions of heavenly throne rooms attended by dramatic staff!  Pillars of clouds, burning bushes, terrible plagues, parted water, talking asses (and here we refer not to clergy you know but rather the technical term for Balaam’s donkey in Numbers 22, but yes, both our names do begin with “B” among other comparisons), columns of flame, great storms with clouds and lightning or still and small interior voices all qualify as theophanies.  These things do not usually occur naturally, and we are not speaking merely of Thor’s hammer generating some scary lightning.  No, God is manifestly present here and now, visibly and dramatically.

It is perhaps more understandable now to recall that our church forebears took some serious time to suss out the major festivals of the Incarnation cycle.  After all, the extended Incarnation scriptural narrative is saturated by theophanies corporate and personal.  Angelic visitations whether private or choral, new stars moving through the heavens, prophetic dreams and virginal births all qualify as some of antiquity’s greatest exemplars of theophany!  The three major scriptural episodes upon which hang all these holidays are theophanal in character: the virginal conception and birth of our Lord, the miraculous star in the heavens bringing the Magi to Bethlehem, and the Baptism of our Lord.  It’s not the chronological age of Jesus which provides the organizing liturgical principle, but the magnitude of the divine-human intersection which organizes this part of our liturgical (worship) calendar.  Christmas=Birth theophany.  Epiphany=Star/Magi theophany.  Epiphanytide=miraculous Baptism theophany.  Boom-boom-boom all close in time.  Motrin, anyone?!